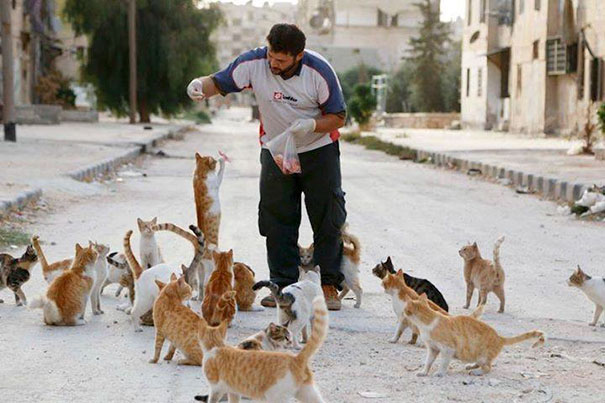 Victoria's Phillip Island could soon be a cat-free zone to protect the island's iconic penguin population.

The state government is reportedly considering a radical bid to wipe out the feral cat population on the island， which is 80 km southeast of Melbourne， while also forcing owners to keep domestic felines indoors.

The proposal to wipe out the feral cats comes as the federal government embarks on a plan to bait， trap and kill 2 million of the pests by 2020.

Phillip Island Nature Park's Richard Faulkner said that while no foes had been spotted on the island for two years the growing population of cats was threatening the penguins as well as other birds and mammals.

Faulkner said the penguin population had boomed to 30，000 since foxes were eradicated from the island but cats remained a major threat.

"The destruction they cause to native wildlife cannot be underestimated，" Faulkner told News Limited on Monday.

"The island is home to some incredible and unique wildlife - not just the penguins， but swamp wallabies， short-tailed shearwaters and hooded plovers."

He said the proposal would limit domestic cat ownership to two per household while also making de-sexing compulsory.

The Bass Coast shire council enforced cat curfews in 2017 that they hope will lead to containment rules around the clock.

Gregory Andrews， the Threatened Species Commissioner， said cats were implicated in the cases of all but one of the 29 mammals Australia has lost to extinction.

"It's important to emphasize that we don't hate cats - but the damage that they're doing to our wildlife cannot be tolerated，" Andrews said.