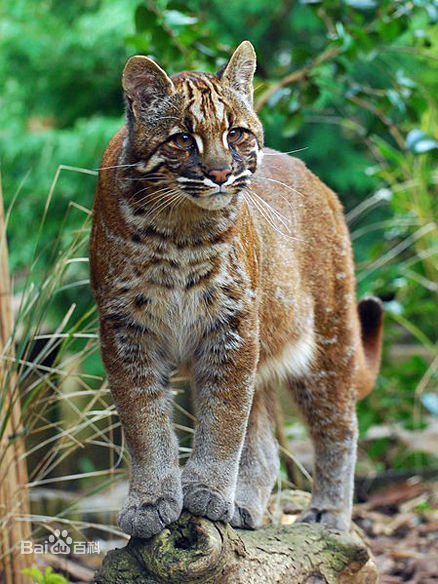 Staff with the Baishuijiang National Nature Reserve in Gansu Province found the cats， with different fur colors， when they recently checked photos taken by infrared cameras. One has reddish brown fur with spots on the lower abdomen and legs， while the other has "leopard-like" spots all over its body.

Photos obtained by Xinhua show some golden cats walking through bamboo forests， looking around vigilantly， and others roaming the forests of the reserve.

The Asian golden cat has a body length of about 90 cm. The species have not been seen in years in the reserve until about 200 infrared cameras were installed there in 2014.

The reserve is located in the southern part of Gansu， which boasts a variety of rare animals， including 110 wild giant pandas.