Sight-impaired people call for rights of guide dogs in public 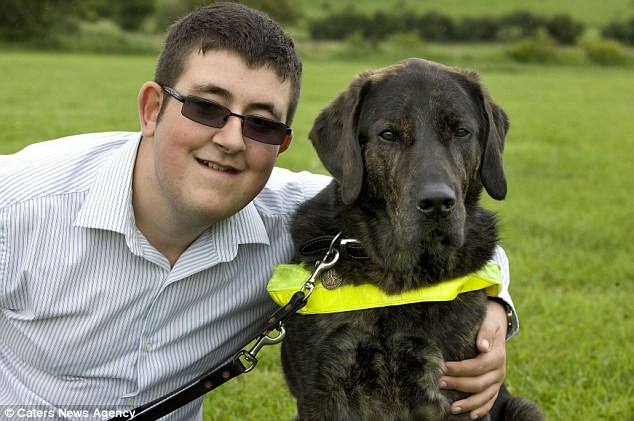 Xu Jian and his guide dog Daimeng were refused entry on public transport at least four times in the recent month.

"From taking a bus, taxis or booking taxi-hailing services, the drivers refused to allow the guide dog to get in," said the sight-impaired man living in Fengtai District, Beijing.

China has over 17 million blind and visually-impaired people. Most are restricted to home due to the inconvenience of going out.

Xu Jian feels frustrated that his guide dog is often treated as a pet, often patting or feeding him.

"They don't understand the dog is working. The disturbance can disrupt its work, which may cause the blind to fall or lose direction," Xu said.

In May, blind Chinese singer Zhou Yunpeng post on his Weibo, saying that his guide dog was denied when he checked in a hotel.

Some question the safety of guide dogs in public places, and require the dogs to wear mouth muffles.

Wei Xuchuan, president of the Association of the Blind in southwest China's Chongqing Municipality, said when guide dogs are working they need open mouths for heat dissipation.

"It is nothing to worry about with guide dogs barking or even hurting people. The selection of guide dogs is as strict as selecting astronauts," said Han Fang with the China Guide Dog Training Center.

She said Chinese guide dog training bases select Labrador and Golden retriever, species known for being docile and friendly. Worldwide, there has not been a single case of guide dogs hurting people.

Founded in 2006, the training base is the first non-profit guide dog training institution in China. A total of 154 guide dogs trained by the base are in service in over 20 Chinese cities.

"With an ever-improving economic level and barrier-free facilities, how could we still refuse guide dogs helping the blind in public places?" Han said.

According to the Shanghai Customs, China introduces over 2,000 trained guide dogs, security dogs and companion dogs via customs every year.